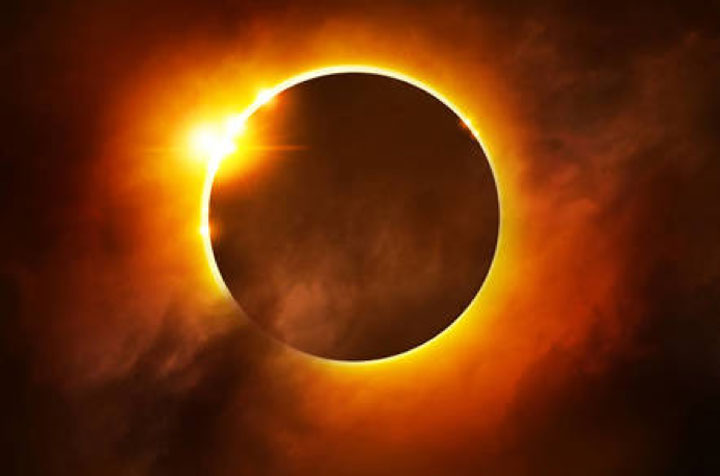 As I pen Part II of this article, Hurricane Irma is heading for the coast of Florida and the internet is getting its fair share of Prophets of doom. Sometimes ignorance is bliss when it comes to interpreting the meaning of natural disasters. Though I am sure there is going to be a great amount of destruction by Hurricane Irma, and many will become homeless. Many misguided religious Christians will be making it very clear that this is God’s judgment for the sins of America. Let us not entertain that this is Gods judgment and linking it with the Solar Eclipse on the 21st August and the coming signs of 23rd September, which has become known as the Revelation 12 sign.

The Solar Eclipse of August and the sign later this month does have Biblical significance. Sadly the majority of Christians are either not interested or they just plainly don’t believe that these signs have any biblical significance, or they have become so cynical about any signs regarding the last days that they have embraced a theology that removes any pending signs of disasters. 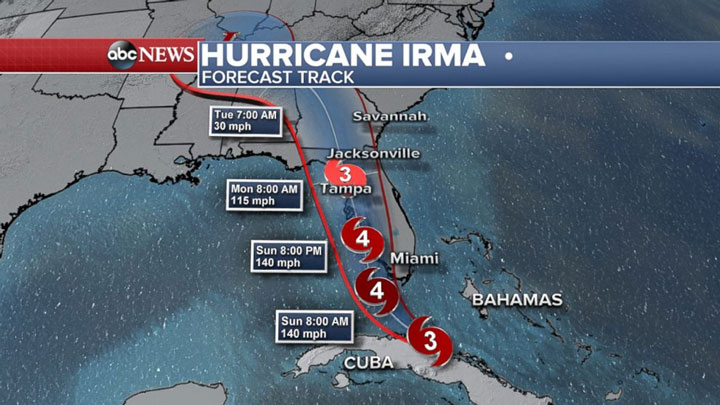 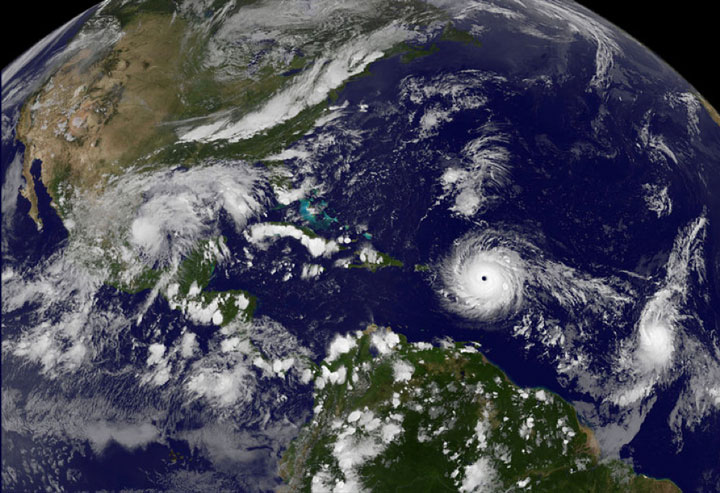 In Part I we noted that Israel runs two calendars which are both based on the lunar phases. The Gregorian calendar is used by the church and universally throughout the world. This is a solar calendar, so it makes sense when the Rabbis and seasoned evangelical Theologians agree, that signs relating to the moon are for Israel and signs relating to the Sun is relating to the Gentile nations.

Before we address the sign of the Solar Eclipse, we need to put things in perspective regarding the total Lunar Eclipse. Many have suggested that the Tetrad of 2014-2015 had prophetic significance for Israel. [Tetrad of total eclipses is a group of four that fall within an 18-month period].  A total lunar eclipse is when there is a high probability that the moon will appear red. The phrase ‘Blood Moons’ is associated with the description of when the moon appears to be a reddish colour as stated in Joel 2:31.   Since the first century there have been 55 tetrad total eclipses forming within an 18-month period. So this is not something that is of a rare occurrence. Out of those 55, there have been 8 set of tetrads that coincide with two major Jewish festivals, Passover and the Feast of Tabernacles.

Example. The tetrad of 2014-2015 was nothing new, yet many were saying it was. We accept that the solar eclipse in the middle of this tetrad is significant and subsequently has prophetic meaning in terms of the relationship between Israel and the Gentile nations.

But does a tetrad of lunar eclipses that fall on festival days have prophetic and biblical importance?

Yes absolutely but not every time. There have been 8 since the first century, only 2 have any serious consideration to claim that God is speaking through these signs. The two occasions that would be of importance are the tetrads of 1949-50 and 1967-68.

The 1949-50 tetrad followed the re-birth of Israel and the war of independence. So we cannot claim it was a prophetic sign regarding the rebirth of Israel and the fulfilment of Isaiah 66: 7-9. It did coincide with the newly formed Knesset (government) passing a resolution stating Jerusalem to be the capital of Israel. This was on 23rd January 1950 right in the middle of the 1949-50 tetrad. Also before the 3rd lunar eclipse of the tetrad the Knesset passed the law ‘Right of Return’ on 5th July. 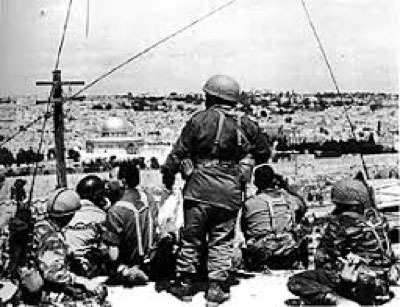 When we consider the 1967-68 tetrad, the six-day war commenced on 5th June 67. The first of the set of lunar eclipses were observed on Passover 24th April 67. This war enabled the IDF to take Jerusalem and the Temple Mount, which had not returned to Jewish occupation since the temple was destroyed in 70 AD. The issue of sovereignty over Jerusalem was established, but the Knesset allowed Jordan to administer the Temple Mount site. This was to defuse the growing hostility from the Islamic world. Also, to further defuse the escalating tensions, the Knesset passed a law not to allow Jews to pray on the Temple Mount, which still holds today.

It is clear that the Bible does point to specific signs in the heavens, which are there to aid and prepare us. What is consistent is that the Lord has given us signs when it is clearly to do with His City Jerusalem. The Solar eclipse that passed across the continent of America on the 21st August is not a sign of pending judgement, though the sign is highlighting a significant phase of the birth pains that are growing. It is not a coincidence that the moment the Solar eclipse begins to cast a shadow on the West coast of America, the Sun sets over Jerusalem. 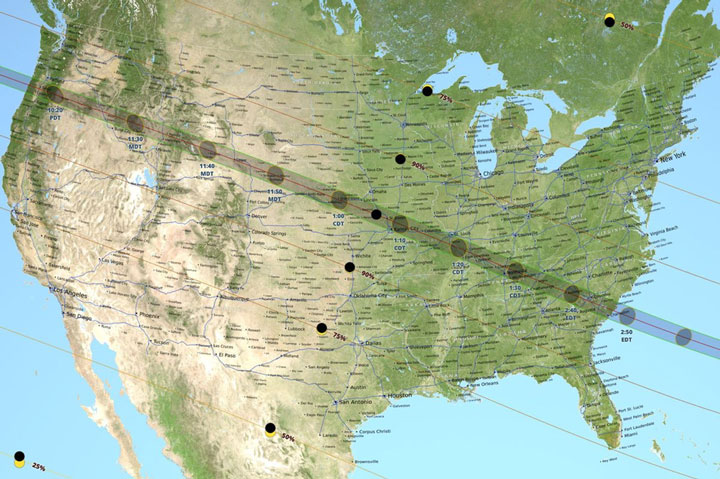 As the birth pains become stronger and the more regular the natural disasters, we should not be thinking in terms of judgement, but in terms of what the Lord has for His eternal City Jerusalem.

America is just one of several Gentile nations that have a close association with Israel. Now here is where it gets interesting. The Solar eclipse on this occasion corresponds with the lunar biblical calendar. The day after the eclipse it is the first day of the month of Elul. This from a biblical perspective means “harvest” or “reaping”, but also a period of examination and testing. Some Rabbi’s would say it is a period of repentance.

Here is an important fact, that on the 15th June 763BC during the reign of Ashur-Dan III there was a total solar eclipse right across the Assyrian empire. This solar eclipse is recorded on the ‘cuneiform tablets’ and in the Assyrian Eponym Canon. So this Gentile nation was given a visible sign that cast its shadow over Nineveh approximately two months before Jonah arrives. 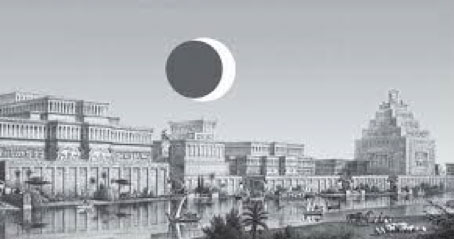 Also, the timing of Jesus Yeshua being baptised by John. It was not any old day when Jesus found the time to leave His step fathers business (Joseph) for His Heavenly Fathers. The 1st Elul is when Jesus began His earthly ministry with testing. When He comes out of the wilderness 40 days later it is on the day of Yom Kippur, the Day of Atonement.

At this present time Israel is in the month of Elul. On the 21st - 22nd September it is Rosh Hashana. It literally means ‘head of the year’, it is commonly known as the ‘Feast of Trumpets’.

Now we come to the sign, which is being referred to as the Revelation 12 sign. The sign takes place on the 23rd, so when the Sun rises over Jerusalem at 6.35 am, it is in the Middle of Shabbat Shuva. Though many Rabbi’s teach this is a 10-day period of repentance leading up to Yom Kippur, many of the Haredi, [ultra-orthodox Jews] note the more prophetic significance of this Shabbat. Shuva comes from the first word of the Haftarah that is read on this specific Shabbat. The Haftarah reading is significant, just as Jesus took the Haftarah reading on Yom Kippur and read Isaiah 61:1-2. The Haftarah reading is Hosea 14: 1-9, which means ‘Return’.

The Haredi are also noting these phenomena not because of the New Testament, as they are forbidden to read such material, but due to the position of comet P67. [67P/Churyumov-Gerasimenko]. This comet has been known for several years and the Rosetta space probe landed on it.

The Haredi, in particular the Sanhedrin, have begun studying the position of this comet. On the 23rd September, it is unlikely the comet will be seen with natural eyes. The location will give the appearance it will be just to the right of the moon on the edge of the Virgo constellation. Of course the Haredim community are very much aware of the other significant sign regarding Jupiter and additional alignment of planets close to the constellation of Leo. The interpretation of these phenomena’s will be from a Jewish perspective, found in the writings of the Talmud and not the New Testament accounts. 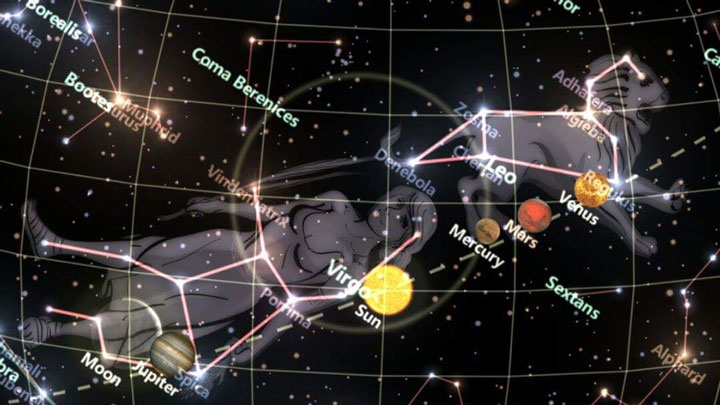 What does this mean?

I am sorry to disappoint but this has nothing directly to do with the church, even though there are many saying it is a straight fulfilment of the description of verses 1 & 2 of Revelations 12.

With the Solar Eclipse taking place on the eve of Elul and combined with the comprehensive sign on the 23rd of September, it does have prophetic significance. It is not going to usher in a period of judgement, nor will the church experience the Rapture, nor is the Lord going to return and stand on the Mount of Olives in the next few weeks. Yes, these events will take place there is no doubt about that, but not yet.

So what are these signs preparing us for?

It is clear that we are now going into a new period of conflict and a phase relating to Jerusalem. The signs are more significantly to do with the remnant of Israel [The Haredi], who still adhere to the Old Covenant with a zeal for the scriptures. This zeal for the law, the Apostle Paul says is without knowledge, yet their zeal for the Word of God puts many Christians to shame. Romans 10:2. The Old Covenant is obsolete and has faded away, yet God has not forgotten those that are hanging onto the original covenant that He made with Abraham. Hebrews 8: 13/ Romans 11:1-2.

These signs will accelerate the situation regarding the rebuilding of the Temple. It will also bring us into a new period of conflict for the Church and Israel as a Nation.

Here at Ezra, we are very clear in our purpose, and things in the Middle East will deteriorate especially for Christians. The level of persecution will go to new heights around the world as we move into this new phase.

The spiritual climate is going to change dramatically around the world in the coming months. But do not fear!!  ‘If God be for us, who can be against us’. Romans 8: 31