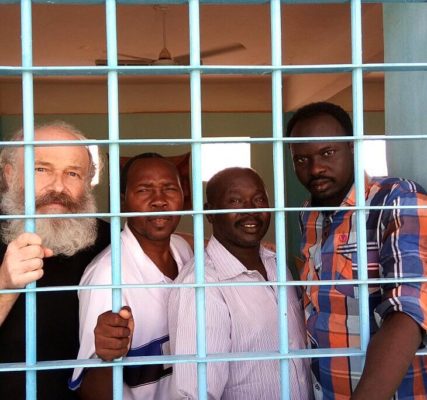 “I was in five different prisons, each worse than the last. I was placed in group cells with drug traffickers, violent criminals and radical Muslims- even ISIS members. I was deprived of sleep for days in a cell with no running water, where mice ran over my body every time I lay down.” – Petr Jasek, The Voice of the Martyrs Regional Director for Africa, imprisoned in Sudan for 445 days, released this weekend.
Inspired by years of serving Christians imprisoned for their faith, Petr said he felt honoured to be able to serve God while himself the prisoner of a brutal Islamic regime. He embraced his imprisonment as an opportunity to share the gospel with many who are normally inaccessible to missionaries. He saw many come to a saving faith in Christ. Peter also said he was peaceful and joyful while in prison, a miracle that only God could do. We can be inspired by Petr’s example, to boldly witness for Christ wherever we are.

– Please continue to pray for the other two Sudanese men who were arrested with Petr and have been unjustly sentenced to 12 years in prison. Pray for their families and that they will be released soon.

Believers in Sudan have become bolder- not more cautious- in their witness for Christ since Petr and the others were imprisoned, even singing hymns outside the courthouse during the trial. 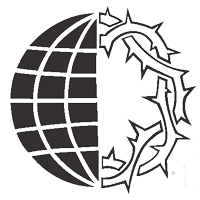 Systematic targeting of Coptic Christians is happening in Egypt’s Sinai region by IS militants. Hundreds of believers have fled the area after seven Christians were murdered in the past several weeks.

Please pray that this violence would stop, and that Christians and churches in Egypt would be safe. 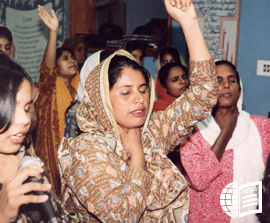 An encouraging message from Arabic broadcasters in the Middle East….

Despite the mass exodus of many Christians, the church is far from empty in Syria, Iraq, Jordan and other parts of the Middle East. God has been very faithful. There are strong Christian believers remaining, and tremendous growth is taking place in the lives of new believers who were Muslims.

The presence of the church is vitally important. People are desperate and see very little hope, but the fact that there still is a church gives them encouragement and hope.

Historically, Middle Eastern Christians have made significant contributions for the good of society, especially in Syria and Iraq, going all the way back to the first century. Their contributions include working in the areas of health, literacy and the translation of the Bible into Arabic. They were among the first to introduce charitable works and work with missionaries and NGO workers. They are often recognised as the most honest when it comes to business and trade. In the future, Christians will be vital to maintain diversity and ensure sustainable peace and lasting stability in the Middle East.

We are in regular contact with our FM stations in Iraq and have talked with many people who have family in the Middle East. Some of our Middle Eastern broadcasters have shared testimonies with us (which they hear directly from listeners when visiting there). They are sharing exciting news of what God is doing in the Middle East. There are thousands upon thousands coming to Christ. May the Lord be praised and worshipped with great honour! He is worthy!

Source: Voice of the Martyrs Canada

Iraq – when your daughter is taken by ISIS

Ayda’s story is very hard to watch. We reported on this first back in April 2015. Since then our friends at VOM Netherlands have met and recorded this insightful interview with Christina’s parents… 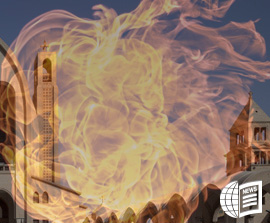 Egyptian police have arrested four people in the wake of the bombing that killed dozens of Christians at Cairo’s Coptic Christian cathedral last month, the Interior Ministry said.

The death toll from the bombing at a chapel next to St Mark’s Cathedral in Cairo has risen to 28, the Health Ministry added.

President Abdel Fattah al-Sisi said following the attack that the perpetrator was a man named Mahmoud Shafik, who had worn a suicide vest, and that security forces were seeking two more people in conjunction with the attack.

The Interior Ministry said it had arrested one of the two, as well as three others who were part of the same cell. It added that one man was still on the run.

Islamic State claimed responsibility for the bombing but the Egyptian Government has sought to link the attack to the outlawed Muslim Brotherhood. The Brotherhood has condemned the attack and accused Sisi’s administration of failing to protect the church, Reuters reported.

President Sisi, who attended funerals at the cathedral for the victims, attended Christmas Eve Mass in the Coptic Cathedral for the third year. In 2016, he promised to rebuild all churches destroyed or damaged in the violence of August 2013.  He also pledged 100,000 Egyptian pounds ($7200) towards construction of what will become the largest church (built at the same time as the largest new mosque) in a new political and administrative area planned for the edge of Cairo. He said the church is due to be inaugurated in 2018.