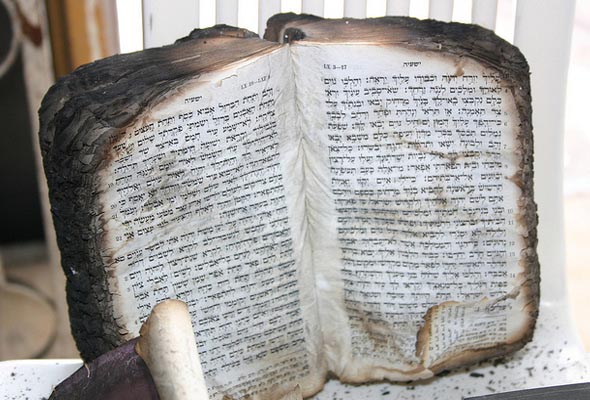 Persecution in Israel is not new. Being a Messianic Jew or a Christian Arab, Christian persecution is on the rise. This is not a race/cultural issue, it is simply being a follower of Yeshua [Jesus] that is provoking such hostility. Messianic believers in Israel have been severely persecuted mainly by the Ultra Orthodox [Haredi] organizations, whose acts of violence and harassment in recent years are meant to intimidate and suppress the free practice of faith in Yashua [Jesus] the true Messiah.

Bible burned at a club in Arad