The Stance of Christopher Waid 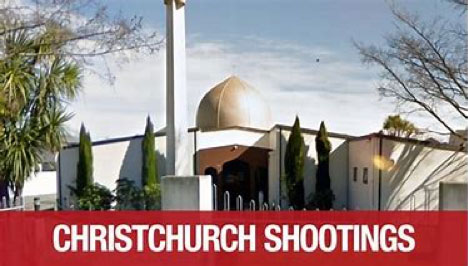 Christopher Waid, a linen-weaver from Dartford in Kent, believed the bread and wine during the communion service were simply emblems. Symbols of the blood and body of the Lord Jesus.  He openly distanced himself from the practice of Mass; and would not renounce this view when arrested in June 1555.  Consequently, on 19th July 1555, due to not compromising his convictions, he was burned at the stake for heresy.

Since the terrible shootings in Christchurch, there has not only been a change of attitude towards the Muslim community, but towards Christianity in general.  Many have applauded the Prime Minister for her swift action regarding the new ‘Firearms Law’, though a great number disagree strongly. The media continues to push and promote the liberal PC standpoint, even using the ‘Hate Speech’ as a vehicle to marginalise Christians.

What does Christopher Waid have to do with the Christchurch Shootings? 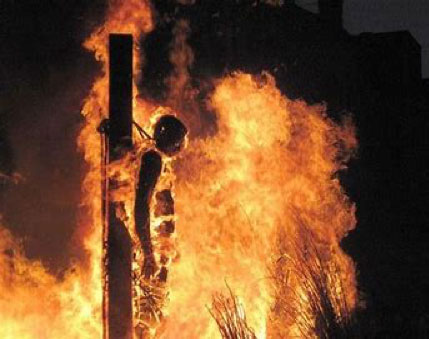 Nothing directly, but there is a very important lesson we can learn.

It is clear from the 15th March shootings, that there has been a significant spiritual shift over the nation of New Zealand. There is great sympathy and empathy towards the Muslim communities throughout the country, which is justified after one single individual, acting alone, decided to go on a shooting spree. What this terrible event has done, has accelerated the liberal pc agenda, and has given birth to a fear of a possible backlash from Islamic extremists.

If truth be known, this country is not in danger of Islamic extremists, though any voice raised that seemingly criticises Islam, is shouted down and announced as a ‘Hate Speech’. It is this fear that is now feeding into our society, to the very point that even the Church, [Christian community] are being intimidated by it. This intimidation will cause many Christians to compromise their stance, to ensure that they are not seen to come into conflict within the communities they live.

What is happening across the Nation?

What has begun to happen, since this Nation was called to prayer in remembrance for this tragedy, and with an Islamic prayer being spoken in Parliament, the ‘dhimma’ spirit has been invoked upon the Nation.

The ‘dhimma’ is the word used by Muslims when Islamic law is being established in a town, city or a nation. The ‘dhimma’ only applies to non-Muslims. The word means ‘protected person’ or ‘protected status’. Historically it was used for Christian & Jews, who failing to convert to Islam, were given the option of execution, or live in safety and protection under sharia law. Some Christians, but mainly Jews took this option of the ‘dhimma’, as they were able to continue to meet on the Sabbath or Sundays for worship, but would only be confined to their own communities. Evangelism or mission would be seen as a breach of this covenant. The covenant agreement of ‘dhimma’, was only active while the non-Muslims paid the ‘jizya tax’. This was a regular payment paid to the local Caliphate to ensure protection of life and property. Failing to make regular payments of the ‘jizya tax’, or a breach in any of the strict regulations set down under the ‘dhimma’, would deem the covenant contract void.

Many Christians throughout history, refused to endorse the ‘dhimma’, to them it was viewed as making a deal with the Devil. The spirit behind the ‘dhimma’ is to intimidate and bring into subjection infidels, that in due time will convert to Islam.

What has, and is taking place right now, is that many Christians are becoming intimidated. Using Christian ethics, the ‘dhimma’ spirit is shutting down the voice of the church. Some Christians, have openly opposed any kind of criticism of Islam reminding us to Love. To be clear, the church is not in retreat for the Holy Spirit is powerfully at work, but many individual Christians are beginning to embrace the view that Islam is a peaceful religion.

This brings us to Christopher Waid.

He was just an ordinary working-class man. He was not called to the ministry nor did he attend a theological college. He was not on some crusade to change public opinion, nor did he hate those who gave their allegiance to the Pope in Rome.  His stance, was that he would not compromise with a precious truth.  Some would have the view that compromise is good, as long as it does not tamper with fundamental truths of the scripture. The matter surrounding the Catholic Mass, were not pertaining to a fundamental truth, but a simple precious truth that brother Christopher would not compromise on.  I am sure there would have been those who said for the sake of unity, let the Catholics Priests practice ‘transubstantiation’, [changing the bread & wine into the body & blood of Jesus]. His stance, was not to change the practices of Rome, nor seek to convert Catholics out of Catholicism.  His stance was not even to petition the Bishop of Rochester about this practice. At a time when public opinion was embracing this practice, Christopher Waid had not forgotten that we are to be light in darkness. His stance was simply to be a light regarding the truth.  The ‘dhimma’ spirit seeks to ‘dim’ our light.  To intimidate us and close us down.

At Christopher Waid’s hearing, before Bishop Maurice Griffiths, he was invited to renounce his view on the Mass. The court hearing was not about converting to Catholicism. His freedom, would consist of a fine, having renounced his so-called blasphemy regarding the Holy Sacrament. This he could not do and would not be intimidated by the notorious Bishop of Rochester.

There are times when our stance can speak a great deal louder than a thousand words. The problem comes when we are intimidated and compromise our stance that we don’t say anything, and our stance no longer means anything. 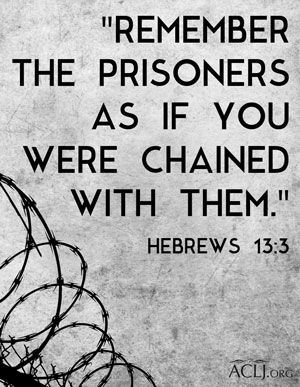