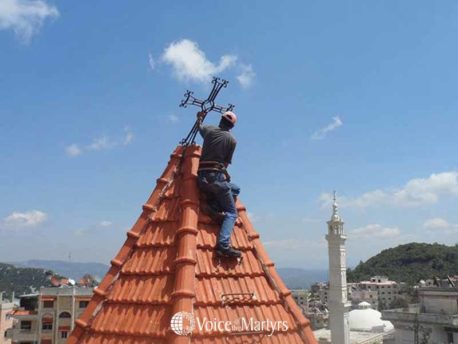 Large swaths of Syrian territory remain in the hands of Islamist rebel groups since the 2011 uprising. More than 4 million refugees have fled the country, and many more remain displaced.

Life for Christians
Syria was once religiously diverse and protective of Christians’ rights. But today both Orthodox and evangelical Christians are targets of the Islamists. Christian villages have been overrun, churches destroyed and believers abused or driven out.

VOM Work
VOM is heavily involved both inside and outside the country, providing Bibles, support to churches, blankets, food, water and more.

Prayercast video to pray along with: